Get fresh music recommendations delivered to your inbox every Friday.

Songs From The Gold Coast 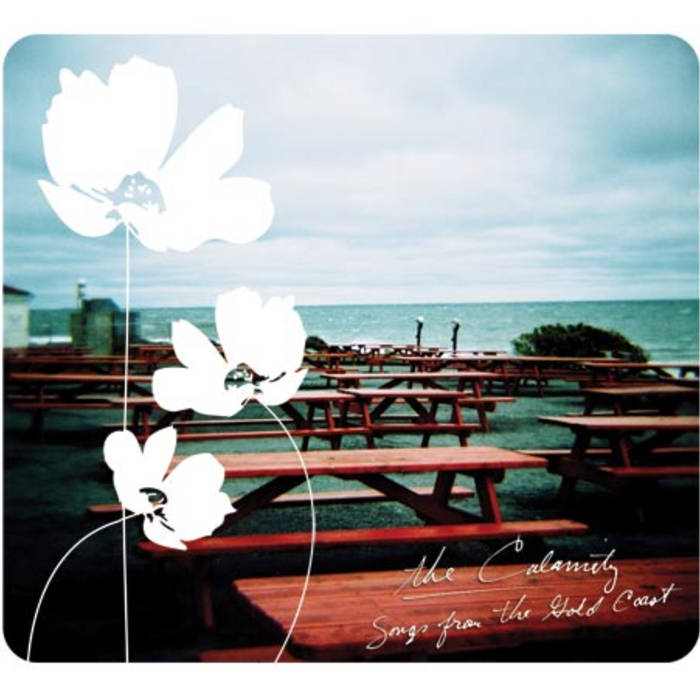 Various demos and recordings took place between fall 2005 and spring 2008. Notably, a session with Jay Ruston from TRS West studios in Studio City, CA with the result of 2 tracks (One Of These Days/Waiting For July) off the upcoming debut release, “Songs From The Gold Coast.”

The debut album, “Songs From The Gold Coast,” out on Missing Words Records July 28th, 2009, was written by the Calamity and produced by the Calamity, Jay Ruston and Paul Miner. It was recorded in two sessions. Spring of 2006 with Ruston @ TRS West studios in Studio City, CA; and winter of 2008 with Miner @ Buzzbomb Sound Labs in Orange, CA. All photography for “Songs From The Gold Coast” was done by Baltazar Cano. Layout and design courtesy Matt Martin (www.blasterbolts.com).

Track listing is as follows:

Songs From The Gold Coast is a collection of melodic piano pop songs with a dash of country flare and a touch of bitterness.

|| The year was 2005 and Army of Freshmen was in the middle of a national tour in support of their recent LP. While enjoying a rather intoxicated evening at Mr. J's music shop in Cape May NJ, The Calamity was born. ||

Bandcamp Daily  your guide to the world of Bandcamp

Bonobo stops by to talk about his new record Fragments